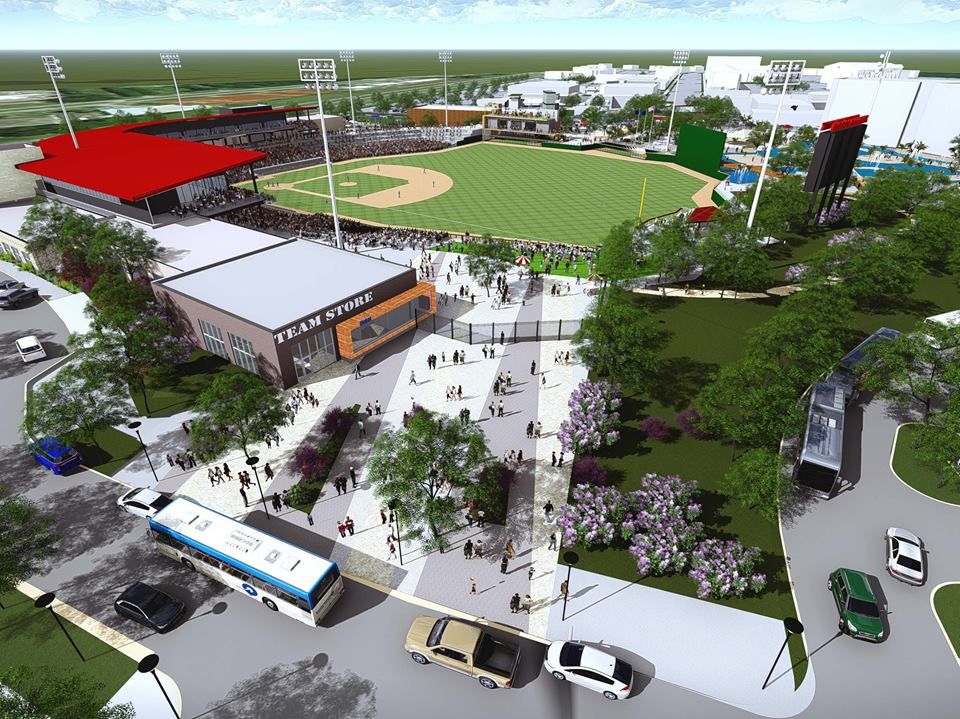 I was over the moon when I learned that minor league baseball was coming back to North Alabama. When I first moved to Huntsville, I was excited because I thought I was coming to a baseball town.  Sadly, the Stars had finished their final season here just a couple of months before we packed the UHaul and headed up I-65.  It became a dream of mine to get baseball back here.  So when the city of Madison and BallCorps, LLC announced plans to bring the Mobile BayBears franchise here, you better believe I was ready!  A team is expected to move into a stadium at the Town Madison development for the 2020 season.

We’re starting to see signs that minor league baseball is closer to reality.  Probably the biggest sign to date is the Top team names.  People submitted their ideas, which became the top 10.  That was whittled down to the top 5.  The names and descriptions as provided by BallCorps are below.

These names have generated a lot of buzz to say the least.  Whether you think this list is the greatest thing or the worst thing to ever happen to baseball, the important thing to the marketing team is that you’re talking about it.  Personally, I’m team “Anyone but the Trash Pandas.”  I know there are a lot of people saying they’re behind that one, but it just screams short shelf life to me.  People will get excited, they’ll buy that one “Trash Panda” item to be cool, then it will go the way of the word “Fleek” and Hammer Pants.

I personally have no problem with the current wave of funny team names in minor league sports.  Names like the Montgomery Biscuits, Jacksonville Jumbo Shrimp and the El Paso Chihuahuas are whimsical and a great way to get people interested in the teams.  Whatever is chosen, I hope it’s something that speaks to this area.

The team will announce the winning nickname on September 5 during an event at Rocket Republic Brewing in Madison.  You can vote here.