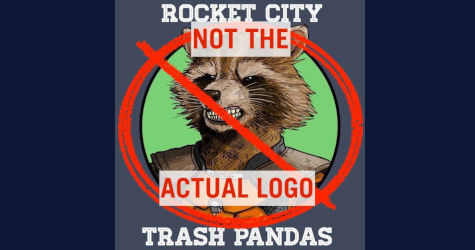 Wednesday night the company that’s bringing minor league baseball to North Alabama announced what the new team will be called.  After getting more than 25,000 votes, fans overwhelmingly decided the team will be called the Rocket City Trash Pandas.  That name picked up almost 45% of the vote compared to the second-place ThunderSharks at 19%.

So, now that Madison will soon be the home of the Trash Pandas, you may be wondering, “What’s the mascot look like?  Where can I get my Trash Panda gear?”  We’ll learn the answers to those questions and more Saturday, October 27 at 6:00 p.m.  The team is hosting a big community-wide celebration that day at Dublin Park in Madison.  That will be your first chance to buy officially-licensed Trash Panda gear.  A team merchandise store will open at Bridge Street Town Center on November 12.  In addition to buying gear, you’ll also be able to put down a deposit on season tickets when it opens.

So what will the logo, graphics and mascot look like?  It’s hard to say now, but I don’t think the mascot and logo will look too much like this:

It’s official! The #RocketCity is now home to the @milb #TrashPandas! What did you think of the selection process? Did you vote for this team name? Are you excited that #MinorLeagueBaseball is coming back to #NorthAlabama? #visitnorthal #hsv #huntsville #huntsvilleal #alabama #milb #RocketCityTrashPandas

It spread across the internet as soon as the team names were announced.  It may have even played a role in the popularity of the team name.  Unfortunately, that fella right there, Rocket Raccoon, is property of Marvel/Disney and they’ll want big bucks for him.  Still, a guy can dream, right?

2 thoughts on “So, when and where can I get my Trash Panda Gear?”